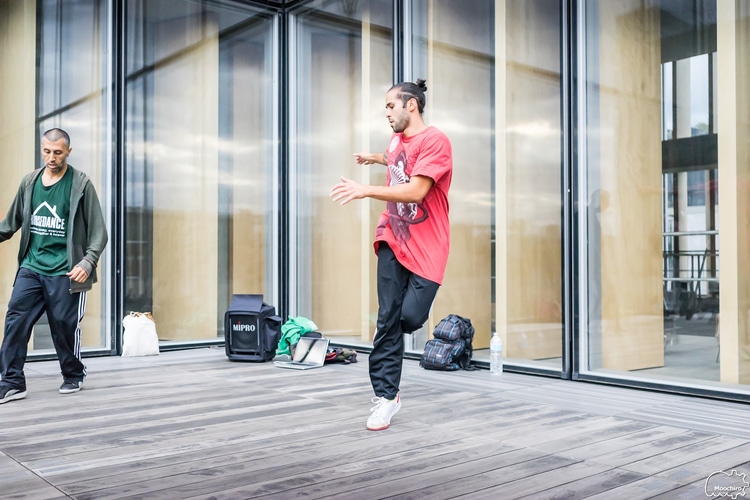 1 vs 1 house and experimental battle

Battelen is organized in collaboration with Soul Sessions Oslo and are calling for all dancers with different backgrounds. Read also in CODAyouth

We also challenge contemporary dancers to sign up for the experimental battle!

There will also be a workshop organized with Malkom at PM 6.00 – 7.30 in collaboration SUBSDANS. Please read more here
Soul Sessions Oslo
Soul Sessions Oslo (SSO) is an organization that works to promote hiphop culture in Norway in the form of drug-free events featuring street dance in focus. SSO organize jams, battles, open practices and workshops. They want to inspire Norwegian dancers, DJs and other artists within club and street genre by inviting some of the best in their field from abroad. The organization has in recent years organized Soul Sessions Extended – Norway’s biggest street dance festival.

HOUSE DANCE
House is a dance where we use a lot of footwork, rhythms and coordination. This dance style is influenced by and a fusion of african dance, latin, capoeira, tap, lindy hop, jazz and many more. We dance to house music – that’s where the name comes from. House dance is playful and came to life in the clubs. The dancers use their cultural background and dance background to develop their own personal style.

EXPERIMENTAL
Within the urban dances styles there are techniques and specific ways to move that the dancers should follow when they battle, In experimental you can step outside your comfort zone and let your body take over. You can use techniques from styles you already know and/or just DANCE however you feel like in that moment.

Dj R-Zo (dj, Frankrike)
Zoheir Baki is a famous dancer and DJ from France. He is one of the first house dancers in Europe and has in recent years established himself as a popular DJ at clubs and hiphop-/house-events, including Juste Debout in Paris. He’s Soul Sessions Oslo’s resident DJ. Not only is he an amazing DJ, his personality is also 100% in the spirit of SSO’s vision to share and spread knowledge about the culture.

Malkom Fazeuilh is a member of the world famous crew Serial Stepperz and Enfants Prodiges. He has won numerous major international battles, such as Juste Debout, IBE and House Dance Europe, and has been a judge in several battles, including Cercle Underground. He is known for his unique style where he dances house as easily down on the floor as standing. He has background in breaking and teaches floorwork as well as house. His style inspires and influences the further development of house. Malkom is also a part of the original cast of Philippe Almeida’s performance “Boots” which visited Urban Moves this year.

Adrien is a versatile dancer from France with 15 years experience in several styles such as breaking, contemporary, hip hop and house. He’s learned from great dancers, such as Rabah, Daneshiro, Rickysoul from the French based crew O’Trip House. For 10 years he has worked professionally with companies and choreographers, such as Robyn Orlin, Pietragalla, Derniere Minute, Cie Accrorap. He likes to explore the interface between the “underground ” styles and the professional on stage. Adrien has participated in several battles, but prefer “clubbing” and exchange with others. He’s performing with Kader Attou / Compagnie Accrorap “The Roots” under the CODA Festival, Sunday 18th October at Bærum kultuhus.

Christine Nypan is one of Norway’s leading dancers who has immersed herself in hip hop and house culture and specializes in House Dance. This has led her from Oslo, Paris via Rio to New York. Christine Nypan has bachelor in jazz from Off-Jazz and L’AID in Paris in 2007 and studied at Tony Mascot’s interdisciplinary hiphop-education in Paris 2006. She completed this year pedagogy at KHIO, where she’s also choreographed for the 2nd year jazz students. She has been a member of Cre-8 since 2000 and has worked with several international companies, including Les Gens De (France) and Da Silva Company (USA). She recently became a member of the renowned New York-based crew MAWU. She has taught and held workshops internationally, as well as several educational institutions in Norway. Chriz also participated, won and been a judge in battles in Norway and internationally.

Hanna Filomen Mjåvatn graduated from KHIO in 2006, and has worked in several projects since and worked with artists such as Mark Darc, Un-Magritt Nordseth, Belinda Braza, Cecilie Lindeman Steen, Odd Johan Fritzøe and Elle Sofe Henriksen. Today, Hanna is a performer for Mia Habib and Kari Hoaas. Hanna is teaching teenagers, developing her project “egentlig…” in Tekstlab and Tekstlab Unge Stemmer together with Shanti Brahmachari.