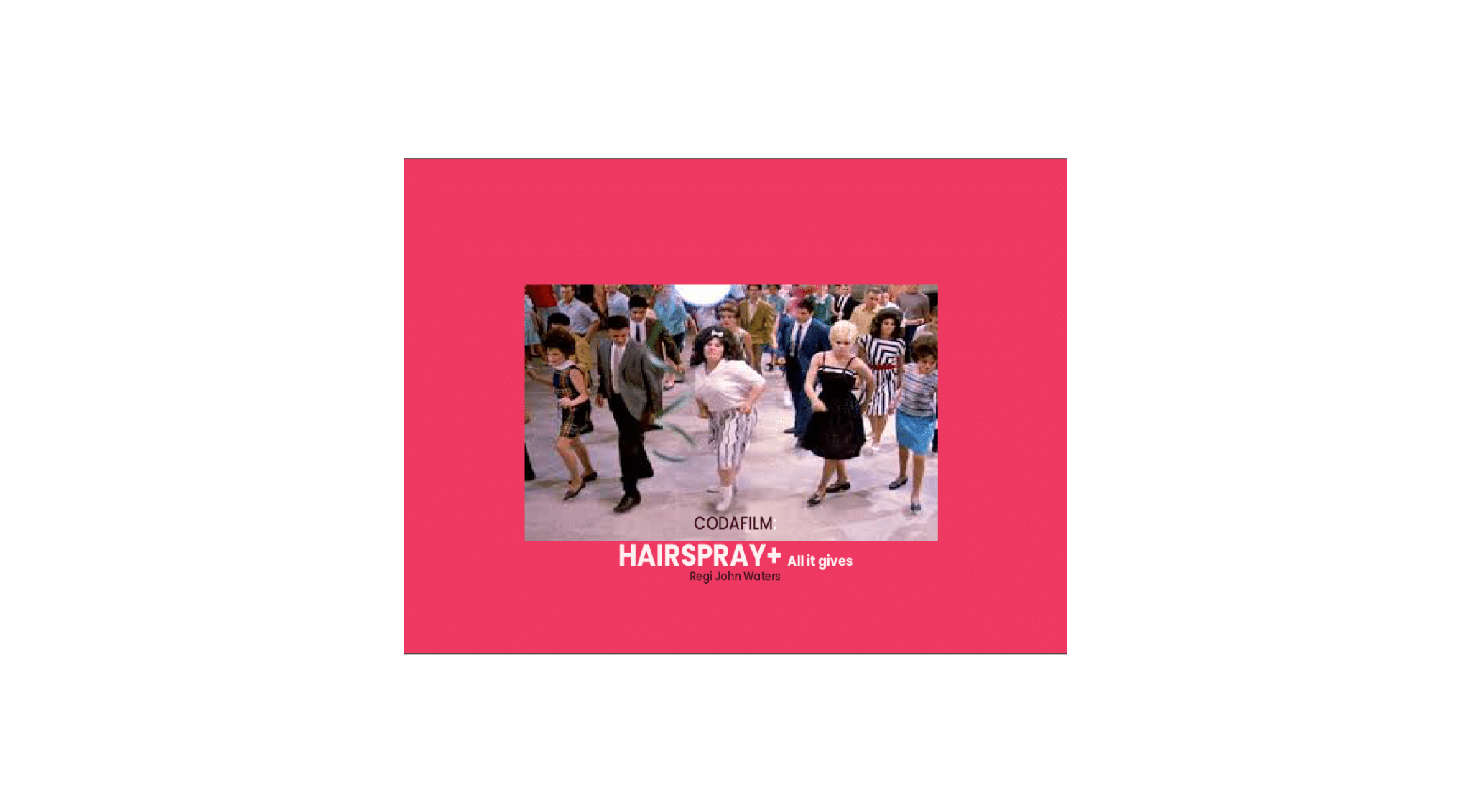 Hairspray + All it gives

“A family movie both the Bradys and the Mansons could adore.”
David Edelstein, Rolling Stone

Tracy Turnblad, like all other teenagers, dreams of appearing on the insa popular TV show “The Corny Collins Show”. Here, white teenagers dance to music, while the performance of black peers is limited to “Negro Day” on the last Thursday of each month. Tracy is admittedly fat but possesses useful qualities such as self-confidence and courage and she is terribly good at dancing! Gradually, Tracy gets more experienced, gains more self-confidence and gets involved politically.

Hairspray is overall a very sweet film with a lot of humor. Despite the close-ups of exploding spots, the shock effects of Water&#39;s previous films such as Pink Flamingos, Female Trouble and Polyester have been toned down. But alongside the comedic overtones, there is also a socially satirical commentary on the United States of the 1960s.

From dancing in the hallways at her high school to winning battles across the globe, Nigerian immigrant Kosi Eze’s story of growth is a glowing example of how the power of Hiphop can inspire, uplift and support everyone.

Movement on the big screen

This program’s starting-off point is movement on the big screen – combined with a desire to look at choreography from a different angle. The program comprises a variety of genres and time periods, ranging from the more obscure to the more commercial. It will probably surprise you – and hopefully start a discussion about what choreography really is.

Even though choreography is regularly used in fight scenes in movies, we rarely think about it as such. And as dance is most often presented on a stage, this is where it is “supposed” to be. We hope with this program to give an insight into and raise awareness about what dance and choreography can be. An exploration of the order and composition of movements, if you like.

All of the films will be introduced by a carefully selected dance short. Hopefully, both dance afficionados and film buffs will find something to enjoy.

The program is a collaboration between program director at Vega Scene, Truls Foss, and CODA Oslo International Dance Festival, as well as DansiT, Trondheim, who supplied the dance shorts.