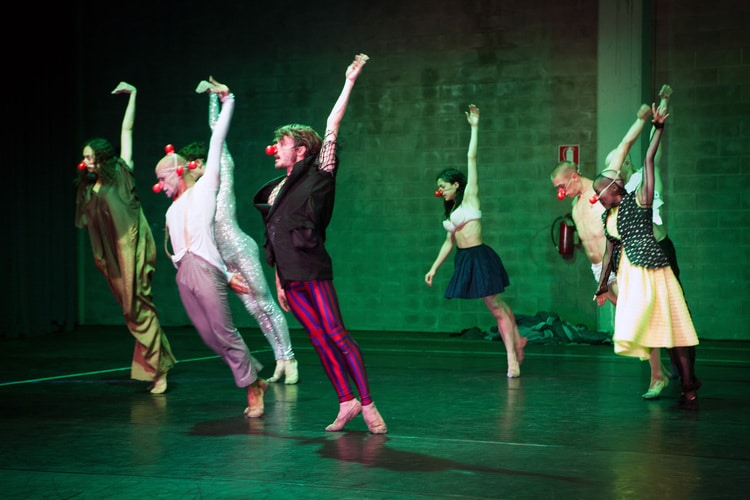 In this new creation, the worldwide known choreographers Emio Greco and Pieter C. Scholten show their comical side. La Commedia presents the highlights of their award-winning Dante-cycle and stirs it up with a circus ring in which the dancers account for the seven days of the week, which also represent the seven mortal sins. This glorious contemporary dance performance has a broad audience appeal, suitable for children and young people as well as adults.

Since 1995 Emio Greco and Pieter C. Scholten have collaborated and explored new dance forms. Emio Greco (IT) is known for his technical virtuosity and has worked as a dancer for Ballet Antibes Cote d’Azur, Jan Fabre and Saburo Teshigawara, among others. Pieter C. Scholten (NL) has studied dramatic arts and became known for his works about historical figures such as Oscar Wilde, Yukio Mishima and Pier Paolo Pasolini. Scholten has worked as a dramaturgist for a number of choreographers. In 1996 they formed the company Emio Greco | PC based in Amsterdam. In 2009 they founded the International Choreographic Arts Centre (ICK). The company has toured throughout the entire world and received a number of awards, including VSCD ‘Zwaan’ (2007) and Time Out Live (2004).

Emo Greco | PC is a partner of the International Choreographic Arts Centre (ICK).
ICK is supported by the Performing Arts Fund NL and the municipality of Amsterdam.

The performance is presented in collaboration with Dansens Hus Norway.
Supported by Arts Council Norway, Netherlands Embassy in Oslo Norway