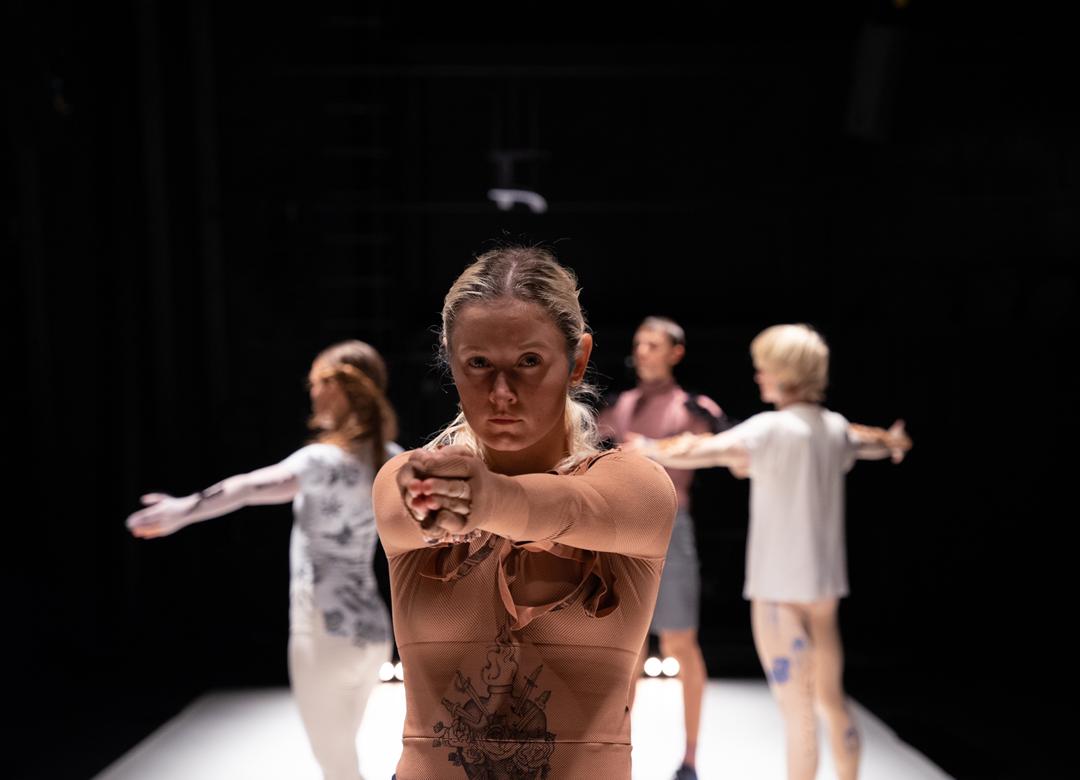 LIMBO depicts a collage of patterns in a loop. A period of waiting in a landscape made of repeated motifs, movements, and sounds in play. Like an adventure comic sequence stuffed into a single drawn frame, the complete story resides in one image.
The soundscape is the invisible storyteller and the lonely spoken language of this performance. Its words are inspired by the macho-mythologies of tattoo wearing. Tattoos, simultaneously conceal the skin and expose it, doubling as both costume and body. 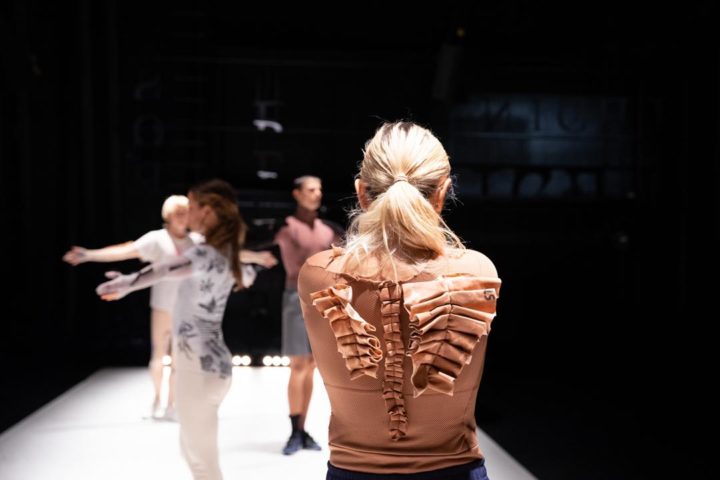 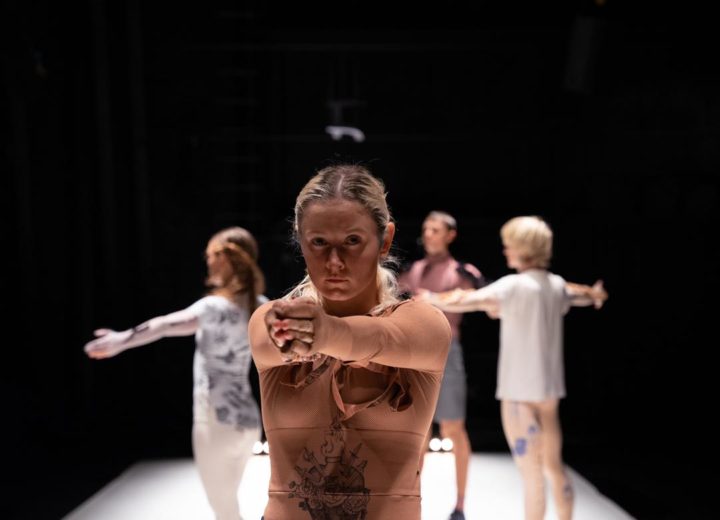 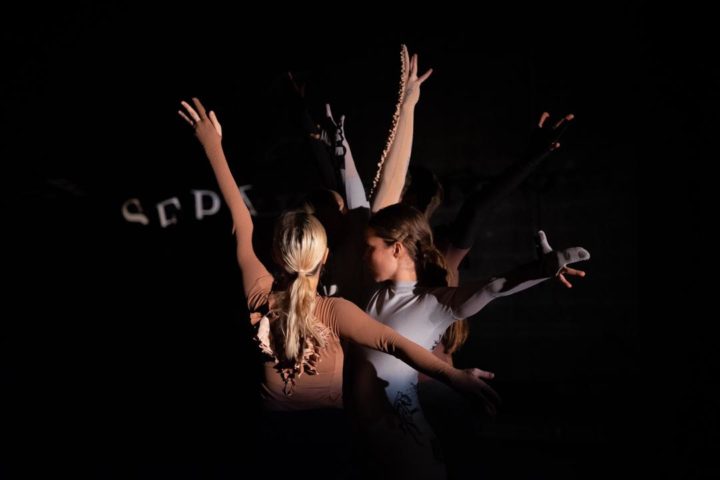 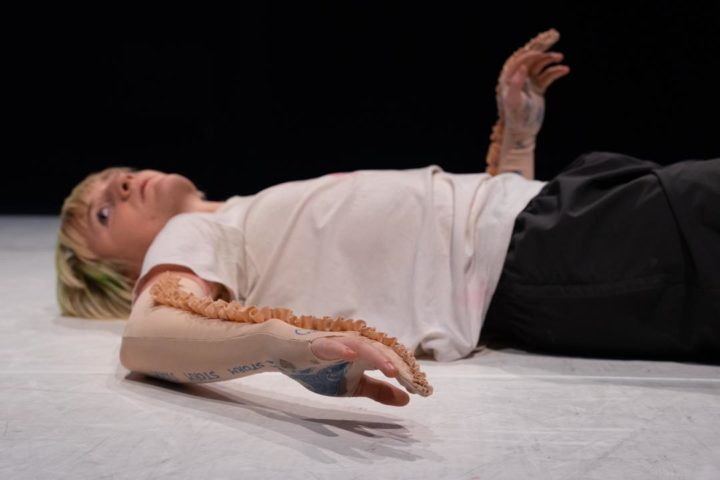 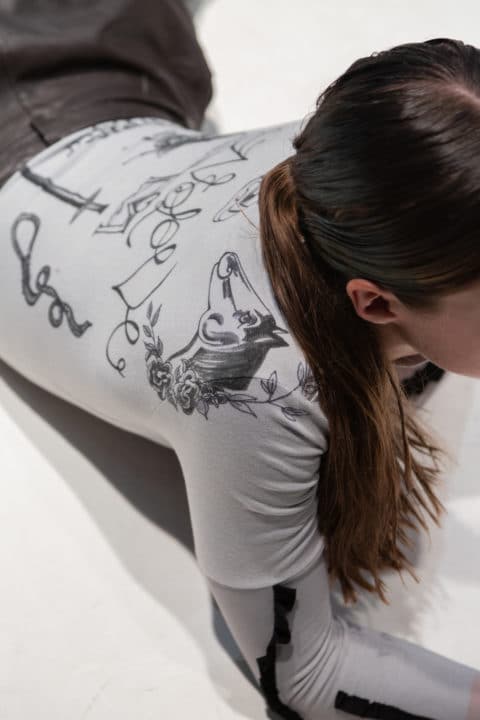 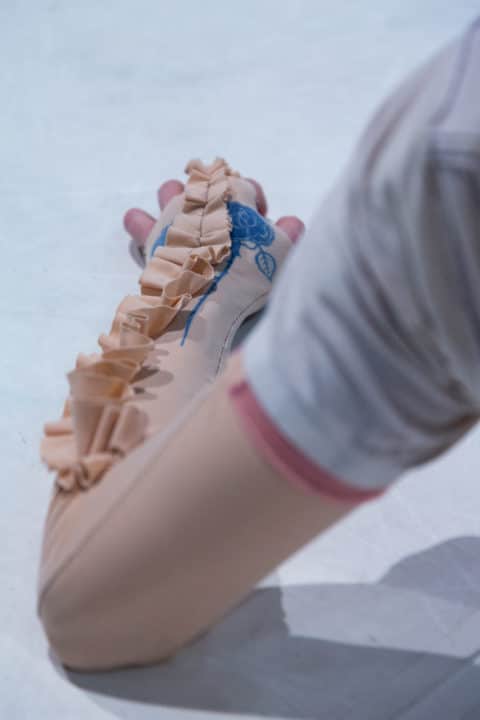 LIMBO is an interdisciplinary stage performance where all the elements (set design, sound, and light) are integrated and actively engaged in the choreography.
The piece is performed by four dancers, one sound artist, three puppet masters that are moving the set design (the letters) on stage, and one light technician directing the light design.

LIMBO is inspired by the Persian tradition of visual storytelling (Naghali) and the narrative of the film Rashomon by Akira Kurosawa.

This performance is presented in collaboration with Black Box teater.