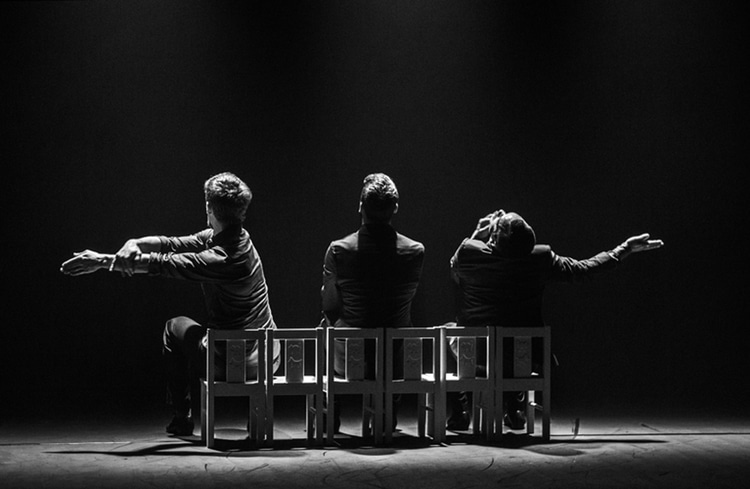 In 2002, George Bush defined Iran, Iraq and North Korea as the Axis of Evil, leaving no room in his statement for any nuance concerning their respective cultures or their people. Kirkelig Kulturverksted, a record company, reacted to Bush’s statement and released a CD consisting of lullabies from “the axis of evil” in an attempt to prevent the stereotypes promoted by the then President of the United States taking hold. That recording was the start of our journey with the creation of Lullaby.

For this creative process we have shifted the focus from the different countries mentioned in that speech to one looking at how brutality and masculinity often go hand in hand, with naked vulnerability and humour close behind.

“How I wished during those sleepless hours that I belonged to a different nation, or better still, to none at all. Is constant movement the solution? Between night and day. Is there still a lullaby that can comfort me?

How I wished during those sleepless hours that I woke up from a bad dream. Is constant laughter the solution? Between night and day, is there a moment of relief we still can find comfort in?”

Co-produced and financed by Scenekunst Østfold and supported by Nordre Aker Bydel, Oslo.