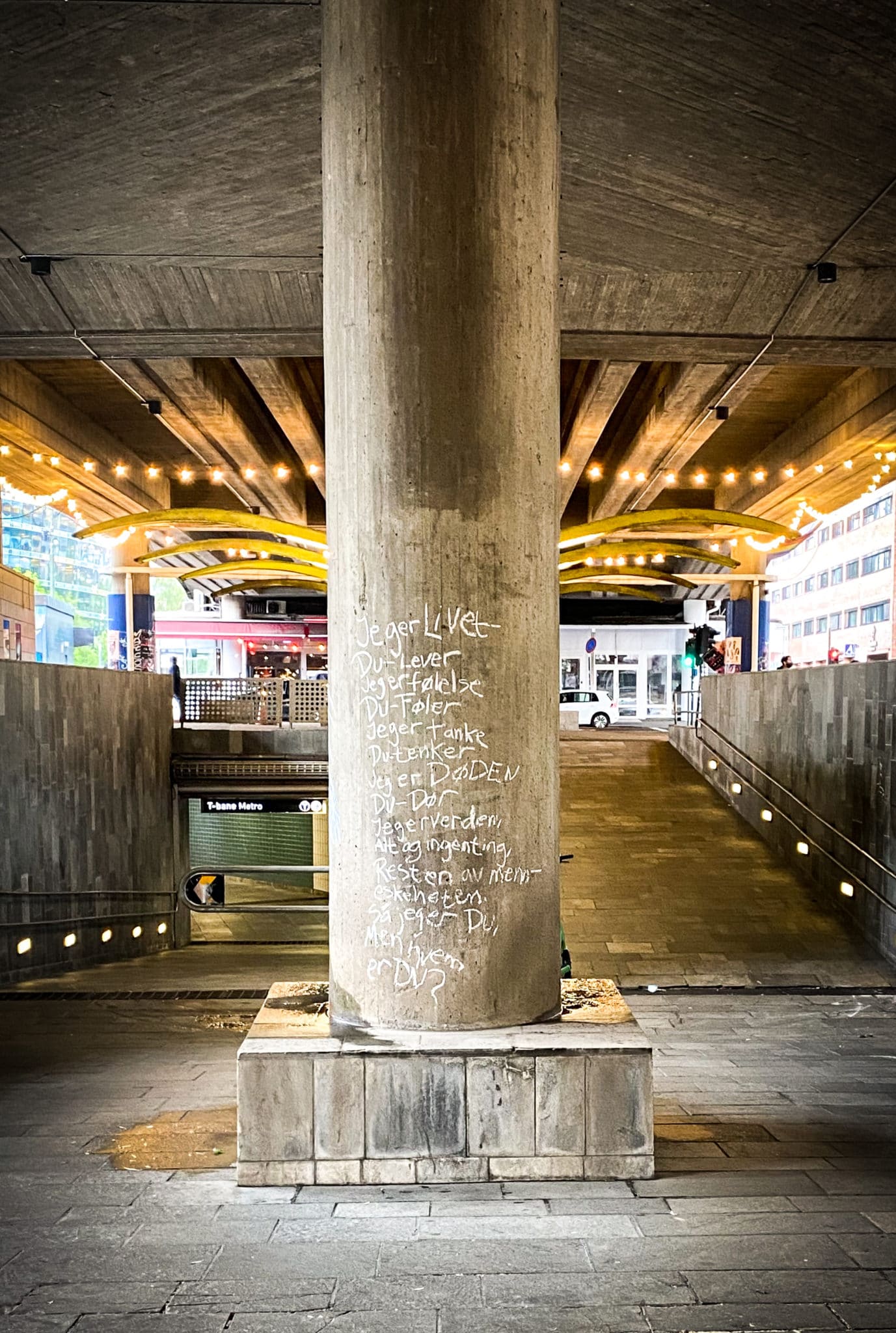 Through dance we move around in Olafiagangen’s Spaces in between; throughout the cityscape and the architecture – via the dancing bodies as well as the non-dancing.

Together with the third-year students at the BA dance art programme (specialization: contemporary dance) at Høyskolen Kristiania, choreographer Kari Hoaas has created a series of location-specific works for that special space under the highway bridge in Grønland; Olafiagangen.

Presentation – the performers/the school
Since 2019, the former Norway Dance College has been part of the newly established Institute for the Performing Arts, at Høyskolen Kristiania; School for Arts Design and Media. Summer 2021 we all moved into our new home in Urtegata 9, a stone’s throw north of the Olafiagangen. The department is continuing its longstanding collaboration with the CODA Dancefest by injecting life into our new local urban space – through the art of dance.

This project is a collaboration between BA Dansekunst at HK, the CODA Dancefest and Oslo Kommune Områdeløft Grønland og Tøyen.

Each work in this series is a new one and will provide differing choreographic perspectives on how to breathe life into the in-between gaps of this unique urban space.

The dancers strive to establish a relation between themselves and the audience, the company’s bodies, the audience’s bodies and the body of this pulsating urban space.