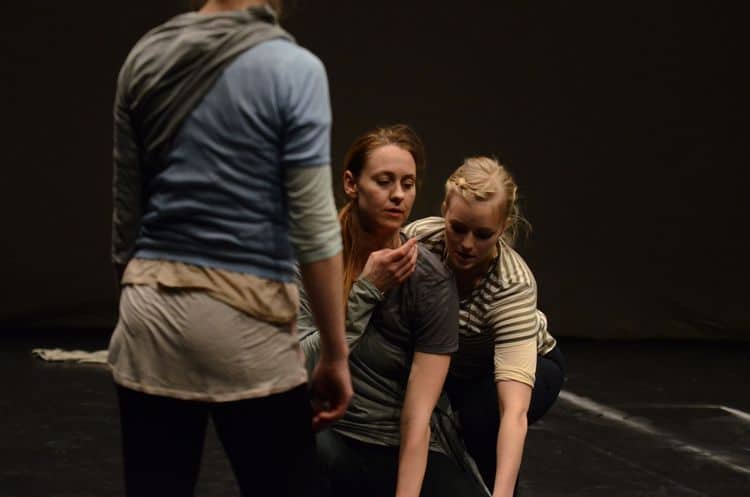 Dry Act #2: South Domino investigates the similarities between popular games and the local community as a social structure, in terms of social interaction, decision-making and competitiveness. The answer turns out to be the simple logic of winning and loosing that emerges in our entire society.

The project focuses on typical popular games: Truco in Argentina, Tavla or Backgammon in Turkey and Xiangqi (Chinese Chess) in China, and consists of three parts: a travel documentary of folklore, tavla masters and cunning chess players, a dance performance that plays by its own rules and a newly invented board game.

Human Works was founded in 2009 by Norwegian choreographer Anne-Linn Akselsen and Argentinean director Adrián Minkowicz, both based in Brussels. Minkowicz writes, directs and performs as an actor and stand-up comedian. Akselsen has danced with Anne Teresa de Keersmaeker/Rosas among others and has more recently made her mark as a choreographer.

Co-produced by STUK, Leuven and iDans/Bimeras (Istambul), and the Départs Network/EUs Culture Program.

The performance is presented in collaboration with Dansen Hus Norway.