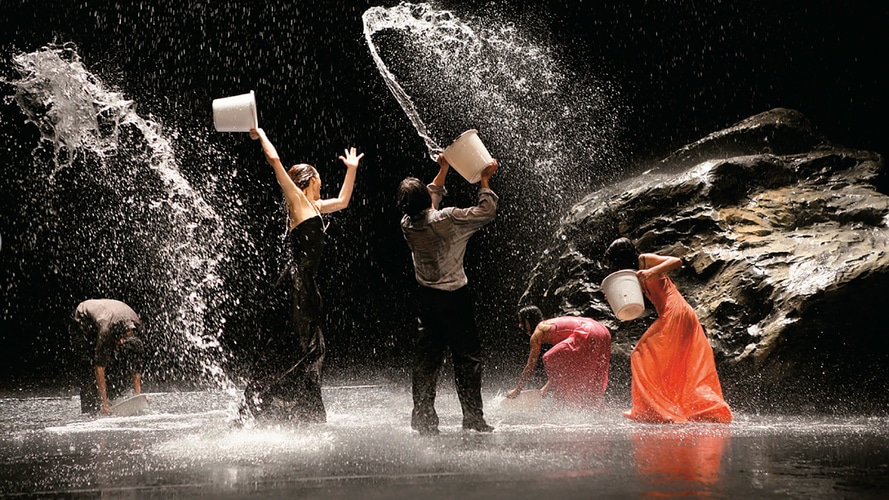 Wim Wenders’ tribute to the iconic German choreographer Pina Bausch shows for the first time the artistic potential of 3D film making. This is a sensorial and hypnotic cinema experience that match Bausch’s unique mix of theatre and dance.

Pina Bausch died in 2009, just before the making of the film started. Wenders was a personal friend of Bausch. They had been talking about making a film together for quite some time. But it wasn’t until the 3D technology really had developed that Wenders felt it was good enough to be used to convey Bausch’s dance theatre. As the technology was in place, Bausch had died and the film became a homage to a dance legend from the director and her dance company.

The film has no traditional story line, neither is it a biography. The choreographer is celebrated through dance, movement, musich, beauty and personal memories, everything captured by Wenders camera. This is his best film since Buena Vista Social Club, a film you will not have experienced before.

We have invited Pina Bausch dancer Dominique Duszynski to Oslo. Everyone is welcome to join and have the opportunity to dance the NELKEN line at the Operaroof. The show NELKEN was choreographed by Pina Bausch in 1982. NELKEN describes the four seasons with simple, repetitive movements that are easy to learn.Eveyone can join the dance- families, young, old, regardless of age or language. You do not need previous dance experience.

It is also possible to join a workshop with Dominique Duszynski to learn the movmements Friday May 25 or Saturday May 26 .